SBN Praised for Rural Development and Medical Camps in Jammulapalem

Prominent industrialist Bellam Kotaiah directed the villagers to utilize the services of Bezwada unitedly without segregation. He pledged to make an effort to eliminate the political and group differences among the villagers.

Dr. Rao Bezwada gave a speech at the event, remarking that the “Society for Basic Needs” was founded only to look after the needs of his native village of Jammulapalem. He stated that all the developmental and social service activities have been funded by his own resources till now. He also informed the audience that the Society’s efforts would soon be scaled up by collecting funds from other organizations.

Dr. Bezwada promised continue his efforts in providing good education, health, drinking water and road facilities to the village. He stressed the vital role of a woman in a family, and mentioned that the upcoming health camp would be aimed toward poorer women. His wife Koteswaramma Bezwada stated that many more such camps would be opened for women in coming weeks.

The response to the free medical camp organized by Dr. Rao Bezwada at Jammulapalem was extraordinary. A team of Gynecologists from Guntur examined nearly 300 women. Doctors Parimala Devi, Amrutha, Sajneil and Srinivas examined the patients. Johnson & Johnson representatives extended their support in the camp. 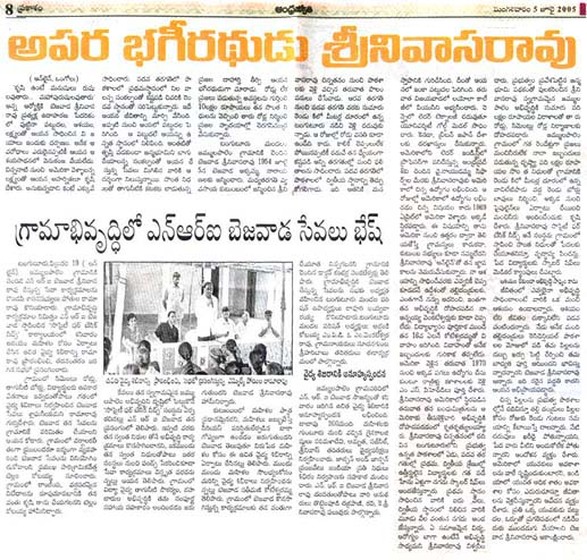